Craig Calhoun is president of the Social Science Research Council and professor of sociology and history at New York University. He is the editor or coeditor of several volumes and author of Nationalism and Neither Gods nor Emperors. 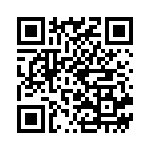