T“The text of The Companion Bible is the Authorized Version (KJV). Bullinger's notes relied upon many sources from the biblical studies of that era, particularly the emerging archaeological and ... Consulter l'avis complet

I have waited a long time for this particular edition of the Companion Bible. With a great price product and delivery my desire has been fulfilled. Thanks Overstock. Consulter l'avis complet

E. W. Bullinger (1837-1913) was a direct descendant of Johann H. Bullinger, the Swiss reformer. Bullinger was a lifelong scholar and writer studying at King's College, London. In 1862 he was ordained in the Church of England. He is also the author of the notes and appendixes of The Companion Bible and the author of numerous works including Commentary on Revelation, Great Cloud of Witnesses, How to Enjoy the Bible, and Number in Scripture. 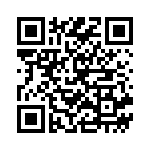