Edward J. Hahnenberg is married and the father of eight children. He taught philosophy, theology, world history, comparative world religions, and creative writing in his forty years as a teacher. He has studied Greek, Hebrew, Latin, and Spanish extensively. He holds a BA in philosophy and an MA in biblical studies. He also holds advanced degrees, an MA and an Ed. S, in education. The Michigan Education Association honored him in 2000 for excellence in curriculum writing. He has authored: “The Religious Cantatas of J.S. Bach,” and “The Evolution of the Belief in the Afterlife in the Old Testament,” an historical novel, “The Children of the Apostles.” ISBN: 1594675570, and a book of meditations entitled: “The Psalms of God’s Tenderness: Commentaries on Divine Intimacy.” ISBN: 1420821253. 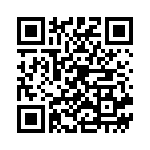