Spanning the 14 minor prophets of the Old Testament, this commentary provides the reader with a sense of the thoughts of the early Christian church fathers regarding these texts, all in a concise ... Consulter l'avis complet

Alberto Ferreiro is professor of history at Seattle Pacific University in Seattle, Washington. 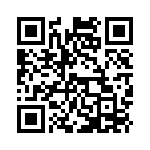