Thomas Cushman is Professor of Sociology at Wellesley College in Massachusetts and the founder and editor-at-large of the Journal of Human Rights. He has written or edited numerous books, including George Orwell Into the 21st Century, A Matter of Principle: Humanitarian Arguments for War in Iraq, and This Time We Knew: Western Responses to Genocide in Bosnia (NYU Press).

Stjepan G. Mestrovic is Professor of Sociology at Texas A & M University and the author of numerous books including The Balkanization of the West. 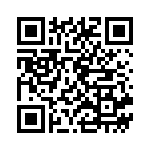